Tonight’s top-secret Banquet theme, brought to us by the 9th graders was…Alder Travels Through Time! Our 9th graders have spent the past number of weeks planning, organizing, and putting together tonight’s banquet which honors the CAs for their leadership this summer. It’s a Timber Tops tradition that we look forward to all summer and take very seriously- from Oaklings to CAs! The entire camp ate breakfast and lunch in the grove to give our 9th graders ample time to prepare in private, and they surpassed all expectations! You would not believe the way our 9th graders transform the dining hall each year, and it’s hard to put into words just how awesome it really is.

This year, “Alder Travels Through Time,” was the most spectacular banquet in memory. There’s a river that runs throughout the dining hall, on every wall of the building, that links one scene, one moment in time, to the rest. The river starts as dinosaurs drinking from a body of water, then pyramids line the Nile, and travels throughout the world continue– from the Statue of Liberty, to the Suffrage movement, to The World’s Fair, to Mitchell’s Creek here at CTT. One part of the dining hall is 1963, the founding of camp and its founders, and then the scene becomes present day Timber Tops. The bathroom is even a time capsule! It’s AMAZING! As campers walk in through a tunnel “time machine,” they sense the theme and it’s made clearer with every table, every wall, every decoration, every center piece. It’s truly unbelievable. This blogger has chills just describing it!

It’s our tradition for CAs to get dressed up for banquet while the rest of camp dons their officials. Alder is officially presented one by one,  thanked, presented with awards, and made to feel like the stars of the show. Thank you, Alder, for a summer filled with love for camp and each other. We have another tradition at Banquet where our counselors who grew up as campers at CTT serenade the whole camp with a special song to the tune of “Uncle John’s Band.” The lyrics include “When you leave Timber Tops, friends will still remain. People grow, each year will pass, but the memories never change…”

At the end of the banquet, the 9th graders thanked Alder and then, after much anticipation, introduced their CA name and sang their CA song for next summer. And the CA Village next summer is…

In addition to a big CTT/9th grade (now known as “Zelkova”)/Alder love fest, the night was filled with especially delicious appetizers, dinner and desserts. It was like being at a wedding! It’s called Banquet for a reason. Really, ask your camper all about it!

An extraordinary night for extraordinary people in this extraordinary place. There’s a little extra magic in the air tonight at Camp Timber Tops, even though chants of “we’re not leaving” echo through the trees. It’s a bittersweet but awesome moment in the life of every summer and this summer is no different. 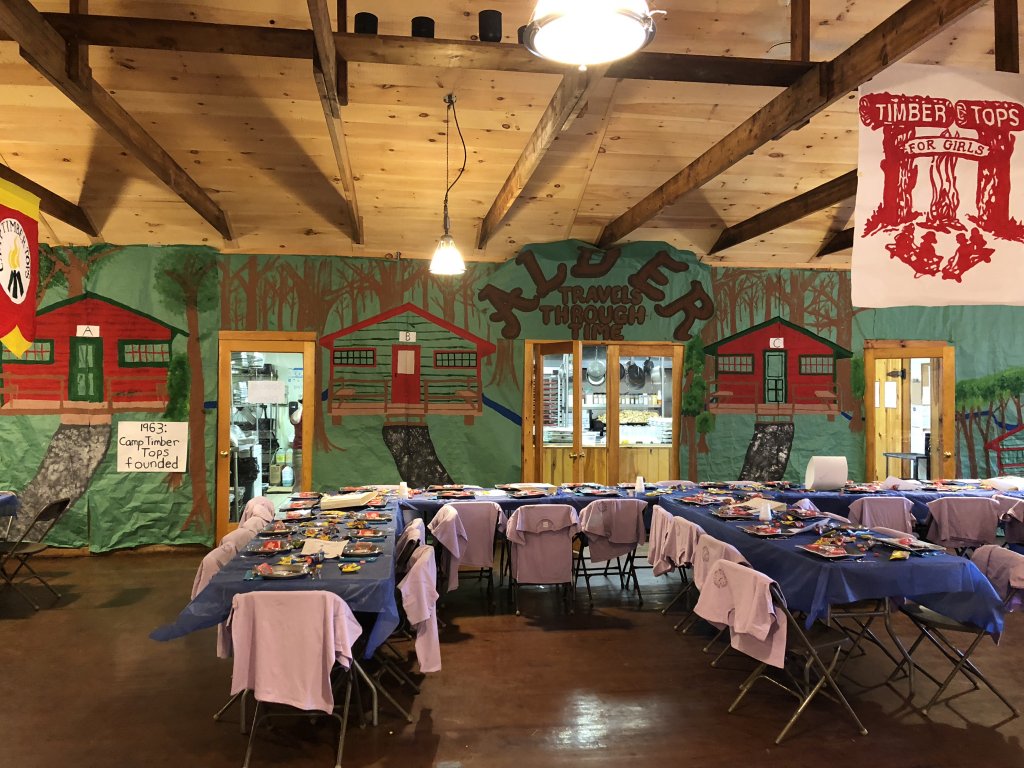