There’s really nothing like July 4th at Camp Timber Tops. We know, we know: some travel far and wide for the perfect beach escape or summer weekend adventure, but there’s just something in the air in Greeley that makes July 4th here unforgettable, dare we say the best place on earth. Once you’ve spent July 4th at Timber Tops, a little part of you will always be at Timber Tops on July 4th. Are we right, alumni???

The day starts with a much-needed late (8:45AM) wakeup, though CAs wake up the camp with fury, and we hit the ground running. Clad in red, white, and blue (and international staff in their own colors and flags!), we gather around the flagpole for dancing, singing and cheering to patriotic songs (the Hamilton Mix Tape was a welcomed addition this year)! After a louder-than-usual pledge of allegiance and raising of the flag, we bolted into the decorated dining hall for a red, white and blue (sense a theme?) breakfast of french toast with blueberries, strawberries and whipped cream on top. Oh, and don’t forget our Timber Tops 4th of July traditional favorite: KRISPY KREMES! It wouldn’t be July 4th without them.

Next up? Cleanup (it’s a must at camp- even on July 4th!) followed by all–camp GO BANANAS! Ask your camper about it! Next up? The American vs. International staff soccer game. And all of that camper cheering must have really paid off, because THE AMERICANS WON! USA! USA! While we cheered, campers enjoyed an American favorite: root beer floats! Speaking of delicious, grove lunch of extra-long hotdogs and hamburgers was especially festive today.

This afternoon was an awesome one. After rest hour, bunks set up stations and created their own carnival games (which they’ve been planning). We also brought in a HUGE inflatable obstacle course for the pool and a number of other inflatable stations on the upper field, and seniors who wanted to just relax could relax. It was a GREAT afternoon.

And the pièce de résistance? FIREWORKS! Tonight after dinner (WINGS- and more!), Lake Owego is coming over for a night of fun. The Juniors at CTT and LOC, together, will play Minute to Win it. The Seniors and Hi-Seniors will participate in organized lawn games and hang out on the upper field before being joined by the Juniors for the big fireworks display. Fireworks at camp are one of those moments you remember your whole life. It’s a good life at camp, especially on July 4th! To life, liberty and the pursuit of happiness- We’re good at celebrating independence every day down the winding road. That’s all for now!

PS- Our 11th graders are out of the jungle and back in San Jose. After a two-day rafting trip, they’ll now have the chance to share the magic of camp with some local ‘Tico’ children. Pura Vida! 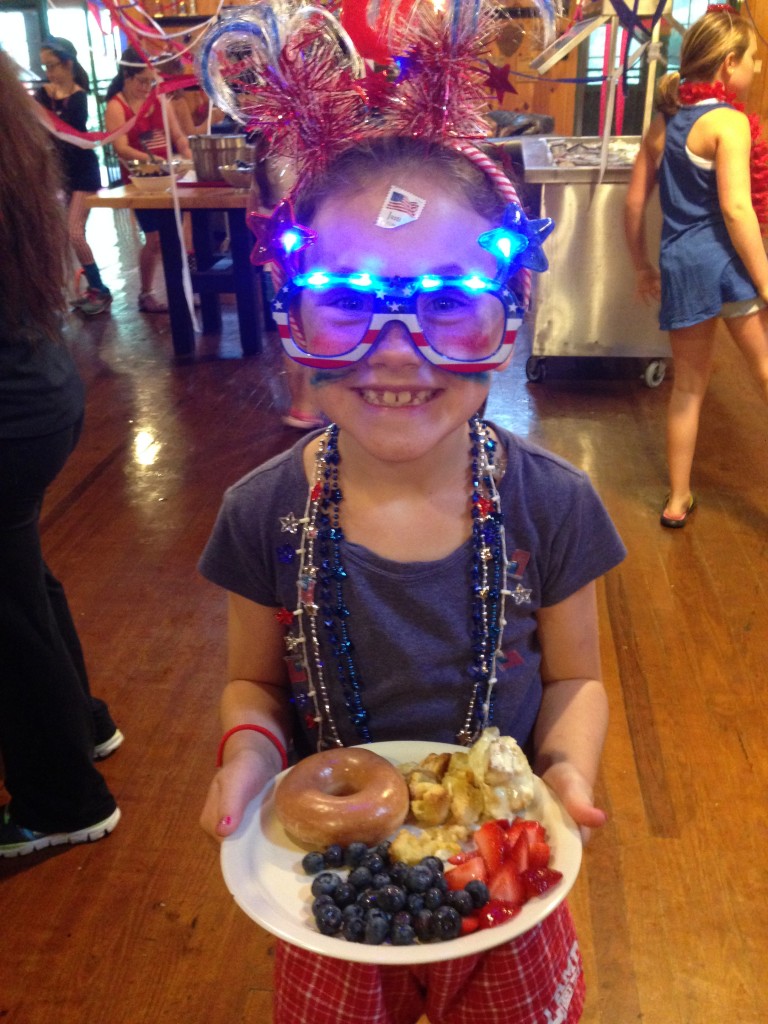